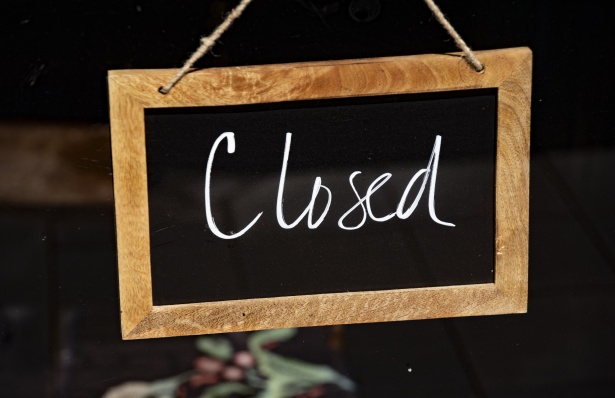 Let me introduce myself. I’m a world-recognized insurance consumer expert and attorney. I have a Juris Doctorate, a Masters of Insurance Law, and I am published in international journals and books.

I’ve researched and written extensively about the history of insurance in the world, and specifically within the United States. We are standing at a critical, unprecedented point in history in which our insurance systems have morphed into vehicles which no longer aid our societies in recovery from disaster, but instead choose to stand by and watch the economy collapse, while pocketing ever-increasing profits for shareholders.

It didn’t used to be this way, and it doesn’t have to be this way now. If the legislature and the insurance commissioner act promptly, they can still save millions of businesses and millions of jobs being lost to COVID-19. There are numerous different actions which can be undertaken, all of which save jobs.

How Did We Get Here? Context is Critical.

Insurance began as an altruistic, community-based fund which was held to be used after townspeople suffered some type of loss – sometimes the loss was a disabling injury, sometimes it was the loss of a home or a business. The holders and decision-makers of the fund were the very same people who benefited from its existence. In modern language, the insurers were also the beneficiaries. This structure aligned the incentives of the fund-holders with the injured insureds. They all wanted what was best for their community.

Originally, all insurance covering individual consumers (i.e. not large merchants) was community-based, or “mutual.” Until recently, the United States still had a few insurance companies which operated on the traditional mutual model. However, todays U.S. companies which still maintain the word “mutual” in their title are no longer mutuals in the true sense. To be a true mutual, there are no shareholders. The introduction of shareholders to the insurance relationship changes the incentives of the actors, and introduces a serious conflict of interest.

As a result, the shareholder-held insurance companies of today are not holding funds just to be redistributed to their fellow Americans in need when a disaster occurs. They are holding funds to invest, to pay dividends to shareholders, and to make the company richer. Therefore, when claims are made, these companies try to keep as much of the held money as possible. Only the laws and the courts prevent them from the ability to steal from policyholders, and the judiciary is a slow, reactionary, ineffective way to keep insurance companies honest. This is why a state’s Department of Insurance and Insurance Commissioner are so important – they have the ability to proactively prevent insurance company malfeasance before it has the opportunity to have negative effects on multitudes of insureds, and causes serious damage to the economy.

Insurers are Refusing to Fulfill Their Duties to Society During COVID-19. What Can We Do?

Legislators and insurance commissioners can realign the incentives of the insurance industry, before the system causes further irreparable damage to society. There are a myriad of ways this can be done – methods that are already available under the law. The majority of insurance claims made by businessowners due to COVID-19 should be paid, and there are several ways legislators and the insurance commissioner can ensure these payments reach the people of California. First let me provide some detail on why the claims of businessowners should be paid.

By Default, All Businessowners Property Policies Cover the Coronavirus

The current messaging from insurance companies is, “We did not contract to offer insurance coverage for pandemics. You cannot force us to pay for something that is not in the contract (policy). That would be a violation of the contracts clause of the Constitution.” This is flat out UNTRUE. They did contract to cover damage from pandemics, unless they explicitly excluded it. Here is why –

The vast majority of property insurance policies today are the “All Risks” type. This means that the policy covers ALL risks, unless there is explicit language stating otherwise. So, for example, a property policy covers every property damage you can think of – fire, flood, earthquake, contamination, terrorist attack, alien invasion, etc, etc, unless there is a clause (called a limitation or exclusion) which explicitly states “this policy does not cover <insert disaster>.” Since 2012, these “All Risks” policies have been overwhelmingly the norm.

The nature of these All Risks policies is extremely important in the context of COVID-19. The bottom line is:  Unless a businessowners policy explicitly excludes viruses, viruses are covered. Enforceable virus exclusions are rare, as they are not attached to the majority of policies, and when there is policy language addressing viruses, its applicability is often in question. In fact, there is good authority that the virus exclusions which were presented to the Department of Insurance for approval post-SARS were presented under false pretenses, which makes them voidable by the Commissioner.

The dominant insurance company messaging directed toward consumers and legislators – that there is absolutely no coverage for COVID-19 – is patently false, and worded to intentionally mislead. We cannot stand by while they distract and mislead, and the economy falls down around us.

When Exclusions May Apply, the Burden is on the Insurer to Prove It

Further, in California courts, the burden is on the insurance company to prove they not only meant to exclude a particular risk, but that they also did so in a clear (unambiguous) way. When policy language is unclear, California courts interpret it in favor of the policyholder. Therefore, when virus exclusions are unclear (and many of them are), they do not effectively prevent a businessowner from receiving coverage.

Insurers are also arguing that there is no coverage because COVID-19 did not cause any physical property damage. This is also wildly misleading. The standard property insurance policy covers not only physical damage but also “loss of use” of the property. There are several legal cases in which property suffered no physical damage at all, but still received insurance coverage because it was completely unusable. Further making this point, the vast majority of policies cover “Civil Authority Interruptions,” meaning that if a civil authority prevents the businessowner from using the property – even when there is no physical damage (but some damage elsewhere) – the businessowner receives coverage for the loss of use. Policies with Civil Authority coverage are also being unfairly denied, en masse, despite the obvious parallel that government authorities have ordered business shutdown due to COVID-19.

The messages insurers are currently touting are untrue, and over the years, California courts will not only overturn these bad faith claims denials, but reveal these insurance company actions to be biggest fleecing of the public in decades.

In the Balance, There is Likely Coverage

I could continue, and analyze every relevant portion of a policy, and you would find, over and over again, that the message of insurers that “It is clear there is absolutely no coverage” is a flat out lie. We hear their message over and over. And who is speaking on behalf of the policyholders?

While it is true that in some cases, there may be no coverage – in most cases, the probability, given the policy language and the law, is that there is coverage. A consumer insurance firm which has reviewed hundreds of policies reported to me that even in the cases where there are no possible applicable exclusions, which are estimated to be 20-30% of all policies, insurers are denying the coverage wholesale. This is not supported by insurance caselaw and is in violation of the statutory claims processing rules. In insurance law terminology, this is called “bad faith,” and is illegal in the state of California.

There are many different substantive designs which can be put forth to save our California jobs and businesses by holding insurance companies responsible for the coverages they sold to businessowners – I’ve only covered a few of the potential threshold issues above. I will be happy to answer any questions you may have, and to provide citations and additional information. I intentionally kept this message brief, and hopefully, easily readable.

The time is now. If we don’t act to curb insurance company greed and bad faith today, our failures will become evident tomorrow, and all of society will pay for it.